Pink collar jobs are jobs that are predominantly held by women. The term originated during World War II and was popularized in the 1970s when large numbers of women held jobs as teachers, nurses, and secretaries.

Fundera analyzed U.S. Census data from 1940 as well as 2019 data from the Bureau of Labor statistics that show that the line between pink collar jobs and jobs predominantly held by men is blurring.

Just look at the nursing field. While 98% of nurses in 1940 were women, only about 89% are women today. That means that the stereotype that has been around for much of modern American history that nursing is a “woman’s job” is steadily deteriorating.

All of this is to say that gender stereotypes in the workplace are rapidly becoming obsolete as companies focus on using gender-neutral language in job ads, promote pay transparency, and offer flexible work benefits to women and men.

As you explore your passions and embark on your job search, remember that you should find a career that you enjoy. Don’t be dissuaded from a particular field because it has traditionally been a “woman’s job” or a “man’s job.” Likely, as the job market continues to evolve, these gender stereotypes will continue to disappear.

Check out this data visualization by Fundera that explains exactly how pink collar jobs have evolved over time and what they might look like a decade from now. 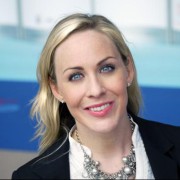