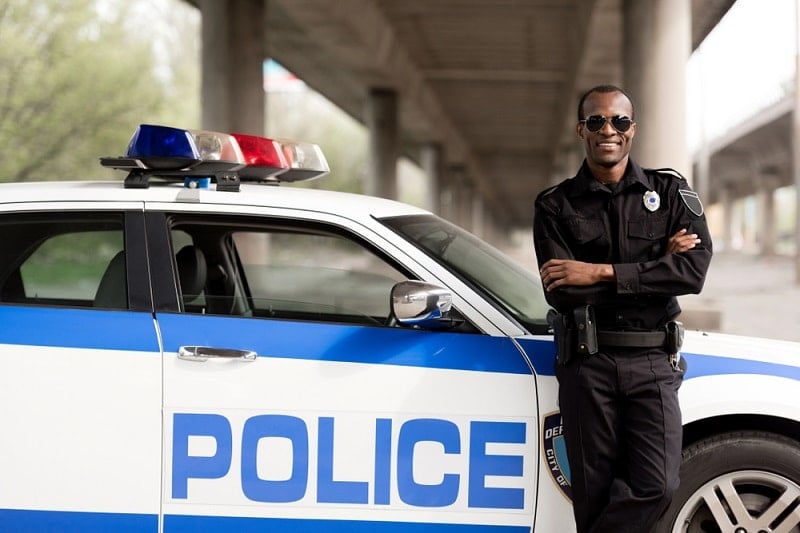 A college degree isn’t usually necessary, but it will help give you an advantage in the hiring process. For example, if there was one position open and you and another candidate tested similarly, a college degree would give you the edge over the other applicant if they didn’t have one.

Similarly, military service gives you preference when applying for a patrol officer position. A college degree combined with military service will provide you with even more of an advantage.

Besides a college degree and military service, experience working in customer service is something that departments value because it demonstrates that you can work with people and interact well with the public.

You can get started by applying and getting hired by a department. They will then train you and send you to their police academy. Alternatively, you could send yourself to the academy.

Should you go to the academy?

Things to know before becoming a patrol officer

Before you get started on a patrol officer career path, you need to make sure you know what the job entails. What you see on TV isn’t usually the full picture. Talk to several patrol officers who can answer your questions and provide real-life insights. You should also go on a ride-along with a couple of different officers to experience what happens during a shift.

If you become a patrol officer, your actions will be scrutinized by the public, some people will hate you, and you’ll experience stress and trauma. But on the other hand, you get to go to work every day knowing that you’ll have an opportunity to make the world a better place. It sounds cliche, but it’s true. Rick Musson
Police Patrol Officer
17 years experience as a patrol officer before becoming a sergeant.
Read about what Rick’s typical day is like as a police patrol officer.

What degree do most Police Patrol Officers have

We did a survey to ask other Police Patrol Officers what degree they had when they first became one. Here are the results.